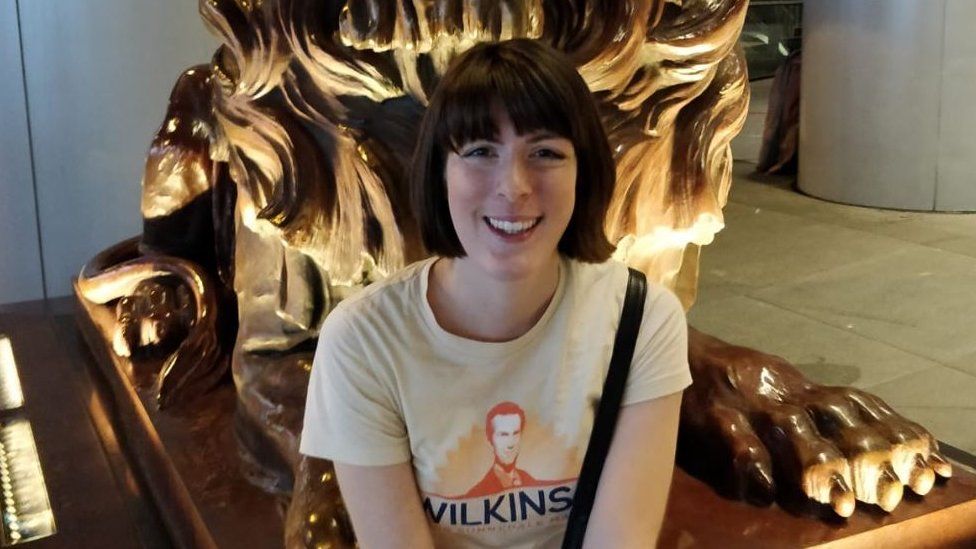 A woman has been inundated with thousands of requests for financial advice and trading tips after people misinterpreted her surname.

Zoah Hedges-Stocks, from Suffolk, stated on Twitter hers was "not a finance account" and did "not have any trading advice" in response to a flurry of queries about GameStop shares.

"Hedges-Stocks is my surname", she added in her tweet.

It has been seen 40 million times and cheered up lockdown, she said.

The 31-year-old writer from Leiston said requests for investment tips began coming in droves during a trading frenzy surrounding US video games retailer GameStop at the end of January.

GameStop shares surged 700% as amateurs, inspired by tips shared on social media, tried to get their hands on the stock.

And many approached Ms Hedges-Stocks for what they believed would be her expert advice on stocks, shares or hedge funds.Her replying tweet - pointing out she had no knowledge at all of financial matters - quickly went viral.

Ms Hedges-Stocks admitted she knew more about privet hedges than speculating on the stock market.

"I'm not really sure I agree with the stock market - it's just gambling, isn't it?"

However, she admitted the popularity of her post had been "incredible".

The double-barrelled surname which has prompted the confusion is down to her mother and father who "wanted me to know I was part of both families".

Her tweet inspired several other copycat tweets including a Mr Bonvino who admitted he could not give any advice on quality wines, a Ms Cobb who was unable to help with salad dressing suggestions and a Mr Weedon who said he had absolutely no bladder advice to impart.
Voltar ao topo
Responder
1 mensagem • Página 1 de 1